Oops! It appears that you have disabled your Javascript. In order for you to see this page as it is meant to appear, we ask that you please re-enable your Javascript!
Skip to content
Main Menu Top Menu 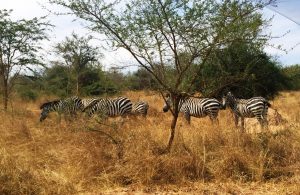 This is one of Uganda’s ten iconic national parks, of which, it is the closest to the city centre of Uganda’s capital (Kampala), about 228 kilometers away – three and a half hours’ drive (3 hours and 30 minutes). The Park is ideally found in the west of Uganda’s capital, and it is a mosaic of habitats including; rock outcrops, savanna, acacia, woodland, bush, forest, swamp, and lakes that support a wide range of wildlife including species which are rare or absent from the other Parks of Uganda. There are very many interesting activities that can be done in the Park, such as; game viewing and game driving, boat cruises, horseback riding, nature walks, mountain biking, night driving, and birding (with over 332 bird species). Some of the most famous wildlife species to be viewed in this Park include; Impalas, Bushbucks, Zebras, Waterbucks, Rothschild’s giraffes, Hippos, and Crocodiles, among others.

Are you a birder and you may want to experience almost all of Africa’s best bird species in this second largest continent?! Well, the only thing to do is making your way to the ‘Pearl of Africa’, Uganda, in its western part where the mighty Semuliki National Park is found – an essential destination for serious birders. The Park and its nearby reserve lie on the floor of the Semuliki valley. The valley is shared between Uganda and the DR Congo, and it resides a large number of wildlife from both central and east Africa.
The Park is a haven to over 435 bird species and a birder is guaranteed to view almost every special African bird species including several rift valley endemics and Congo species. Some of the bird species to sight in the Park include; dwarf honey guide and purple-breasted sunbirds, black dwarf hornbill, Congo serpent eagle, Gabon woodpecker, white-tailed hornbill, capuchin babbler, blue-headed crested flycatcher, and the orange weaver, among others. The other major attraction is the pair of hot springs (Nyansimbi; the female spring, and the male one which is called Bintente) that bubble up from the depths to demonstrate the powerful subterranean forces that have been shaping the rift valley during the last 14 million years. Travelers can cook eggs and plantains in the boiling pools that surround the central spout. On your game drive in the Park, you will view various wildlife species, such as; buffaloes, forest and savanna elephants, crocodiles, warthogs, Uganda Kob, and waterbucks. However, born with your luck, you can also spot the leopards, lions and bush babies as they also exist in the Park though in less amounts. 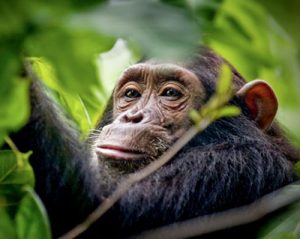 Still in the western Uganda, about 335 kilometers from Kampala, lies one of Uganda’s most loved national Park – Kibale National Park covered by moist evergreen rainforests. The Park is mostly famous for protecting the highest number of primate species in Africa, including the common eastern chimpanzees. The perennially popular primate walk offers a great opportunity to view the chimpanzees in their natural nests. Therefore the most common attraction is chimpanzee tracking and the chimpanzee habituation experience which enables visitors to accompany researchers and habituators into the forest. The chimpanzee groups involved, during the chimpanzee habituation experience, are less accustomed to human presence than those explored on the primate walk, and following and viewing them is something very exciting yet challenging on the other hand. Other primates to watch include; L’Hoest’s monkeys, red Colobus, grey-cheeked mangabey, blue monkeys and many others well as the noticeable mammas here are; elephants, buffaloes and you will get to watch over 370 bird species.

Spanning the western districts of Kasese, Kamwenge, Rubirizi, and Rukungiri, the Park is situated about 400 kilometers away from Kampala, Uganda’s capital. The Park is by-no-doubt one of Uganda’s incredible destinations that you should give a visit to as long as you step on the fertile lands of the ‘Pearl of Africa’, Uganda. The Park is most popularly known for its amazing tree-climbing lions and blessed with an assortment of crater lakes, savanna plains, forested gorges, swamps, rivers, and the magnificent Kazinga channel. The magnificent Kazinga channel is a home to an abundance of wildlife, including some safari favorites; elephants, buffaloes, hippos, crocodiles, leopards, and many others. The Park resides the highest number of bird species than any other destination in Uganda (600-plus bird species), well as the Park’s southern-most sector (Ishasha sector) provides a classic game viewing experience under vas rift valley skies. The Ishasha sector provides a great opportunity to the visitor to view the impressive tree-climbing lions which will always be seen spending their days resting up in the branches of shady fig trees, especially in the noon hours. The activities to enjoy in Queen are quite many, including; a classic game viewing, birding, chimpanzee tracking in the Kyambura Gorge of the Park, launch cruises, and visits to Katwe salt lake, among others.

The Park can be easily accessed via the Ishasha sector of Queen Elizabeth National Park, which is about 62 kilometers away. However from Kampala, the Park is situated 460 kilometers away. Being in this Park will mean that you are amidst almost half of the world’s total population of the rare endangered mountain gorillas. Surely one of the world’s most remarkable wildlife encounters is tracking the rare endangered mountain gorillas across the misty slopes of the remote Bwindi Park. With 19 habituated gorilla families for tourism, the Impenetrable forest (Bwindi) is the world’s primary mountain gorilla tracking destination. Gorilla trekking in Bwindi takes place in four different sectors of the Park; Buhoma, Rushaga, Ruhija and Nkuringo sectors, and the gorilla permit is very affordable to purchase, US$ 600 per permit taken.[/vc_column_text][/vc_column][/vc_row]